Mid September a video was sent to local media in the Ariège Pyrenees.
In the video a spokesperson for the group of about 30 heavily armed individuals, their faces hidden by balaclavas, threatens to start hunting the brown bears in the Pyrenees which are a protected species.
This excellent programme C Politique Le Débat was broadcast on Arte
https://www.youtube.com/watch?v=WCIIh98sesk&feature=youtu.be
looks at both sides of the issue about whether brown bears and mountain farmers can cohabit in the Pyrenees. 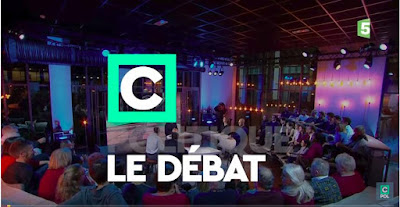 1:46 mins. 8 minute introductory film. Sets out the pro and anti arguments for brown bear reintroduction in the Pyrenees and covers the summer attacks on livestock by brown bears and the video of the group threatening to start hunting the bears if the government does not start to listen to their concerns.
10:00 mins. Studio debate between
Alan Reynes (Pro Bear) - the Director of the Association 'Pays de l'Ours' and François Toulis (Anti Bear) - President of the Ariège Chamber of Agriculture.
25:00 mins. End.
Posted by Unknown at 3:01 PM 0 comments

The 4th programme in the Channel 4 series Freedom Trails was broadcast on 7th October 2017. It was produced by Seadog Productions and followed Monty Halls trekking across the Pyrenees from France to Spain.

Monty was walking in the footsteps of the brave men and women who crossed the mountains to escape Nazi occupied Europe and oppression during World War 2. We learnt about what it was like for them on the run and about the brave man and women who sheltered them, fed them, clothed them and guided them to safety.


A small team from Seadog Productions, including Monty Halls, first came to the Pyrenees for several days in June 2016. I was a 'fixer' helping with finding locations and sorting out logistics. The footage shot led to a teaser film that was sent to the major TV channels. Channel 4 were the first to reply and later commissioned the series.

A larger team returned to film in the Saint Girons area in February 2017 (completing many interviews that were never used in the finished documentary) and again in June 2017 for the filming of the trek across the Pyrenees.

As well as the crew filming Monty, Pyrenees Mountain Adventure looked after logistics and guiding.

Before the arrival of Monty and the film crew, George Manley and myself spent 2 days checking on snow conditions on the approach to the border. We were checking that conditions were not dangerous. Mid June is early in the season in this part of the Pyrenees.

There was enough snow to make the shots look exciting but not enough to make it dangerous for Monty and the team.


Me and George also checked on the food drop I had made with the help of Paul Debons at the Refuge d'Espugues a week earlier. He worked as a friend accepting no payment as did Gerard Cassagne who did 2 days of portering. 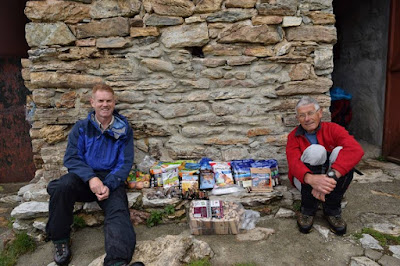 Actual filming began with fine weather and progressed well although George Manley was not on top form because he had a stomach bug. Two porters Lee Sharp and George Cassagne helped carry kit so as to not overload the crew who were already carrying large loads.


In the evening of Day 1, (Big) George Manley retired early at the Refuge d'Espugues still not feeling well and (Little) George the second cameraman, had also begun to feel unwell.

'Little' George was ill during the night and the following morning the decision was made that he should descend with 'Big' George to the nearest road where he could get taxi transport to Saint Girons. 'Big' George would meet us all again the following day at the Refuge des Estagnous but the trek was over for the second cameraman.

Filming progressed well on Day 2 with some awesome drone footage filmed by Rich the DOP (Directer of Photography) - that's main cameraman to you and me! Rich, Sonic the Sound Man and Tom the Directer worked well together with Monty but it did take a long time with lots of retakes to get the perfect footage. Katy the fixer kept smiling and kept everyone calm.


Happily the way the trek had been planned, there was the time available to get all the footage the crew and Monty wanted. A great evening was spent at the Refuge des Estagnous where we were well looked after by Laurent and Stéphan who had planned to be shut between the 2 opening weekends of the season but opened especially for us. All the crew enjoyed proper mattresses and proper food after sleeping mats and dehydrated food packets the evening before.

Day 3 began early as this was the longest of the 3. Big George met up with us as we arrived at the Round Lake. An even earlier start for him meant he was able to meet up with the team before the ascent on the snow to the border. The top lake was partly frozen and looked great and most of the ascent to the border was on snow which made it look spectacular.


From the border, a long descent into Spain, a beer in a café that Monty bought me (like he promised he would) to celebrate the end of the trek (which was filmed but like so much of the footage, never used) and then on to the Refugi de Fornet where we arrived at 10pm! I had rung ahead with the sattelite 'phone because there is no mobile coverage and the food was waiting for us as we arrived. Like at the Refuge des Estagnous we ate well and were well looked after by René and Tatiana.Their pet Patou was the centre of attention - nearly upstaging Monty (but not quite.)

I look forward to hearing from you. 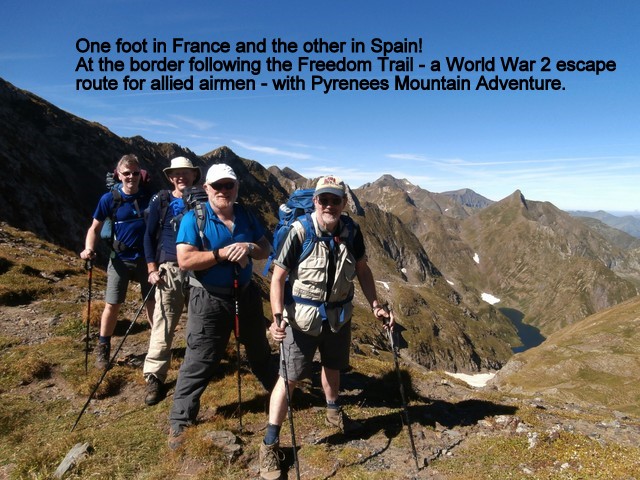 There are 3 itineraries on offer to match the time you have available.

Price includes:
All guiding with qualified, British trek leader (International Mountain Leader - IML) with very good experience of leading groups on the trek.
Private transfer back to Hotel Eychenne, St Girons from the end of the trek in Spain.
Full board (hot evening meal, breakfast and packed lunch) in mountain refuge and/or gite (depending on the length of trek chosen.)
Hot showers and dormitory style accommodation. For 4 and 5 day trek - one night in shelter without warden. Minimal facilities. No food.
Price does not include accommodation before and after the trek.

The trek is strenuous (6 to 8 hours of trekking per day) over sometimes rough terrain. You will enjoy it more if you have had some previous experience of mountain walking.
Meeting point: 8.30 am Hotel Eychenne, St Girons.
Dispersal point: 8 pm Hotel Eychenne, St Girons.
For more information or to suggest other dates that work for you, contact Paul 06 52 06 12 50 pyreneesmountainadventure@hotmail.com
Posted by Unknown at 8:01 PM 0 comments

Looking Ahead - What Does This Summer Have in Store?

Spring has arrived and with the rising temperatures, the snow on the summits and high cols in the Pyrenees has begun to melt. With the first bookings of the year being taken for summer treks I find myself looking forward in anticipation. What does this summer have in store? If it is like any other summer in the Pyrenees with Pyrenees Mountain Adventure........ 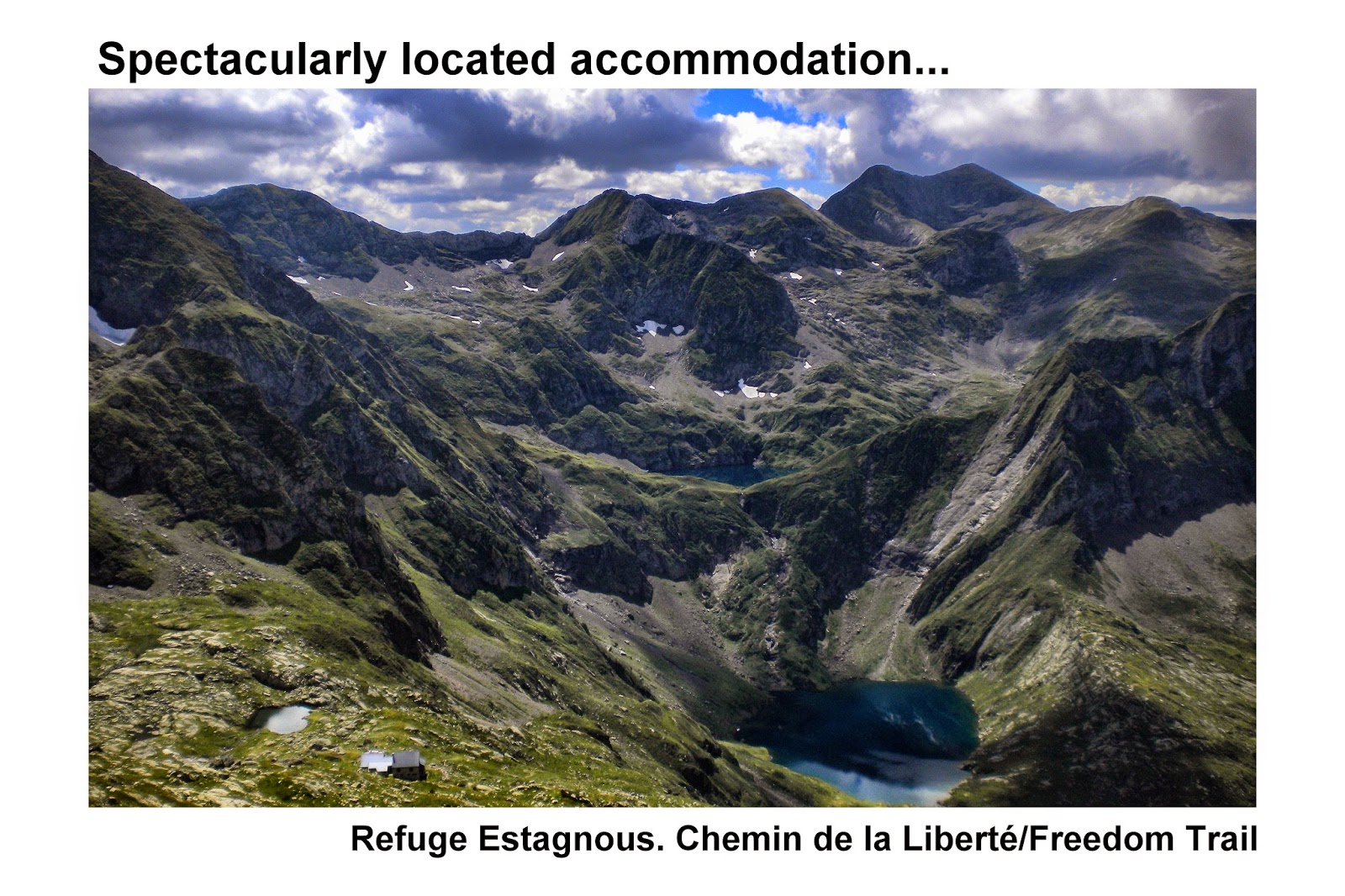 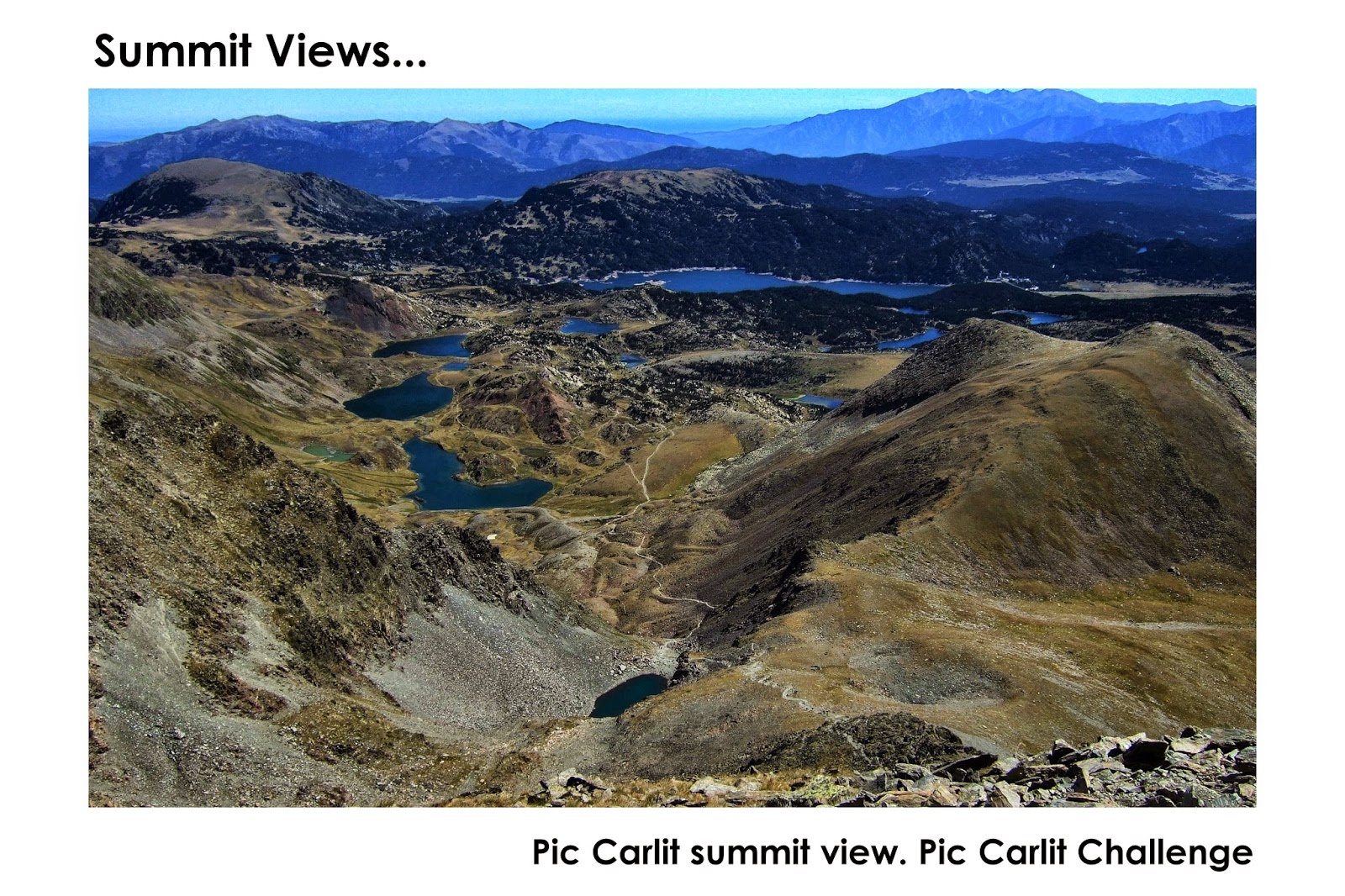 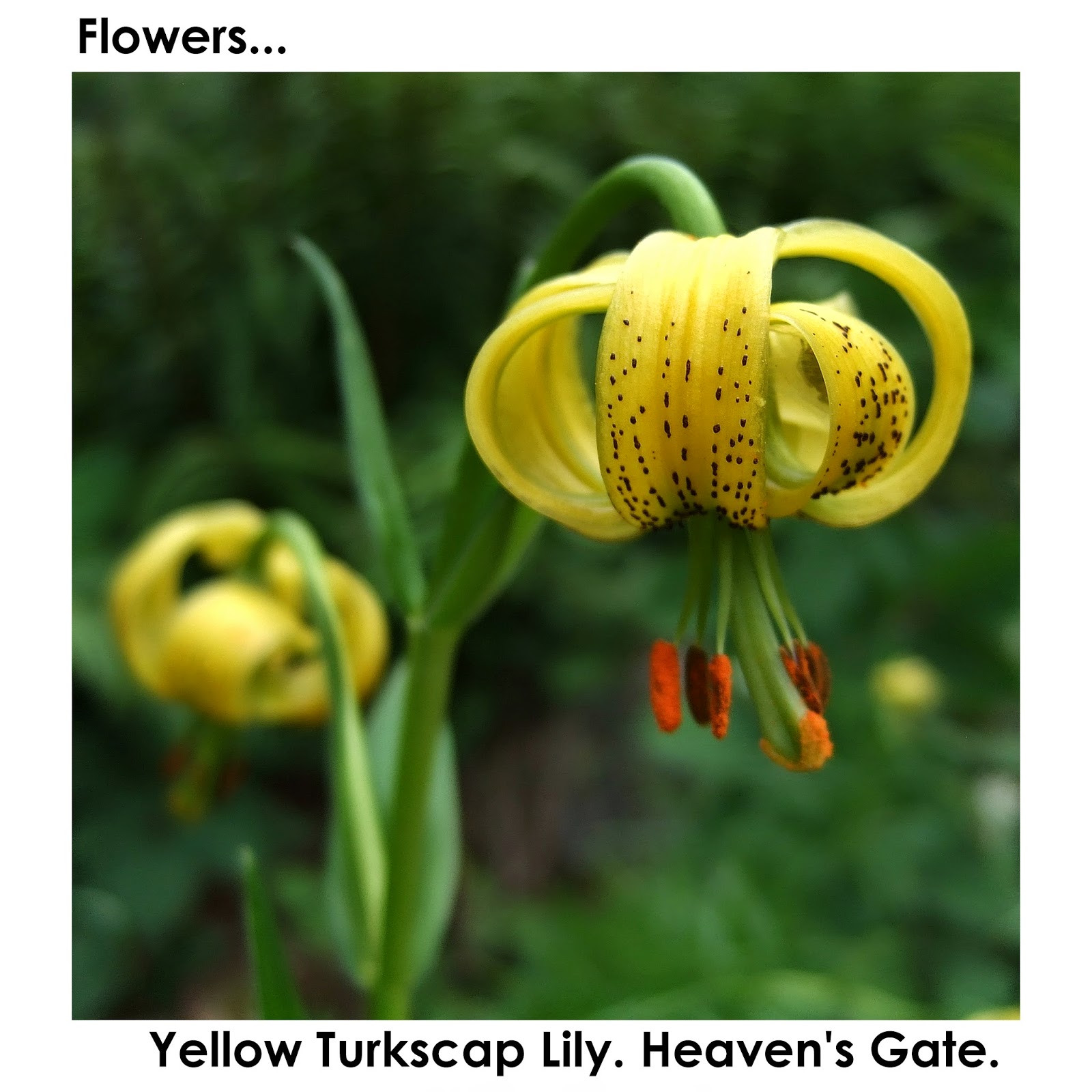 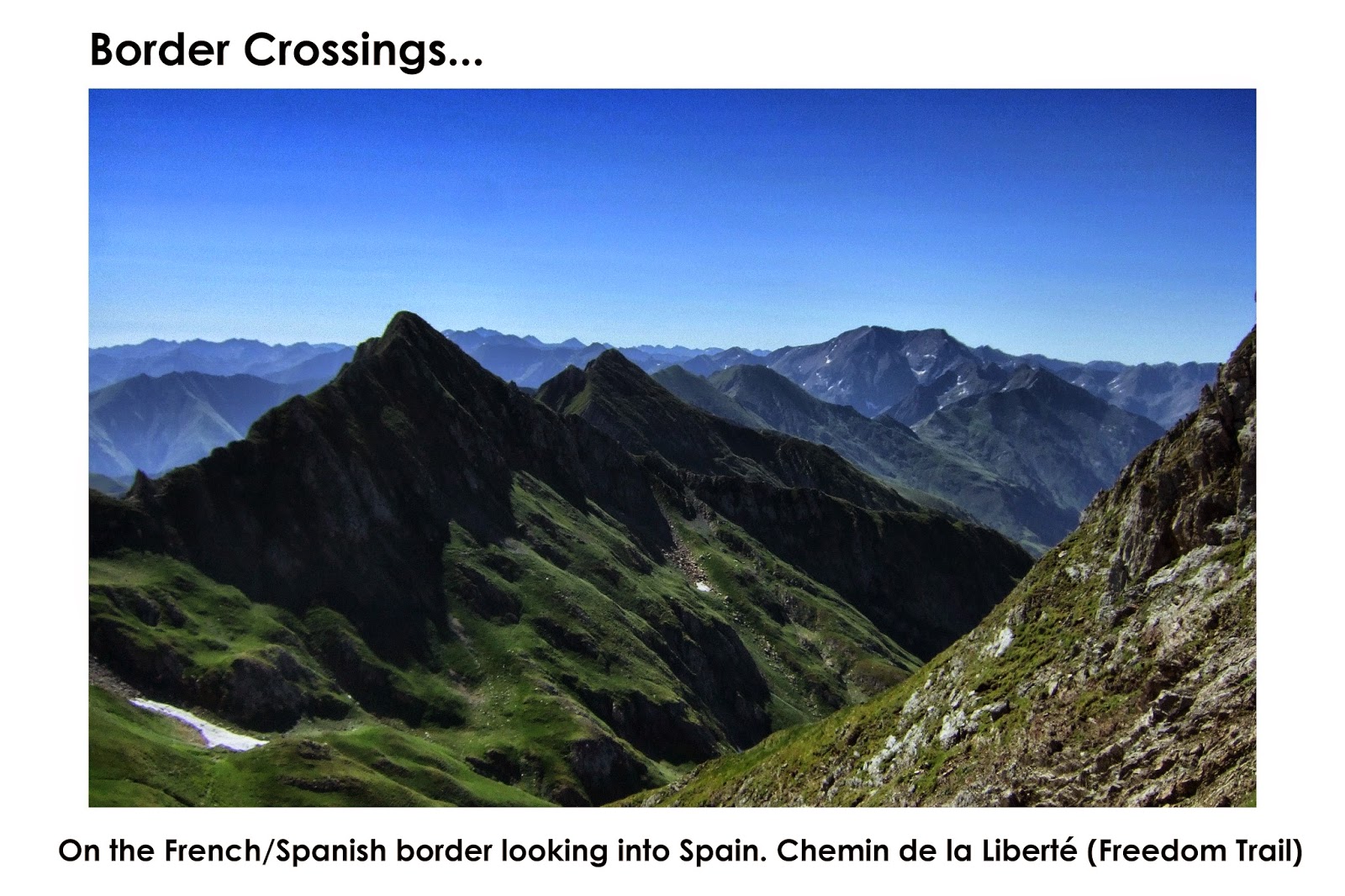 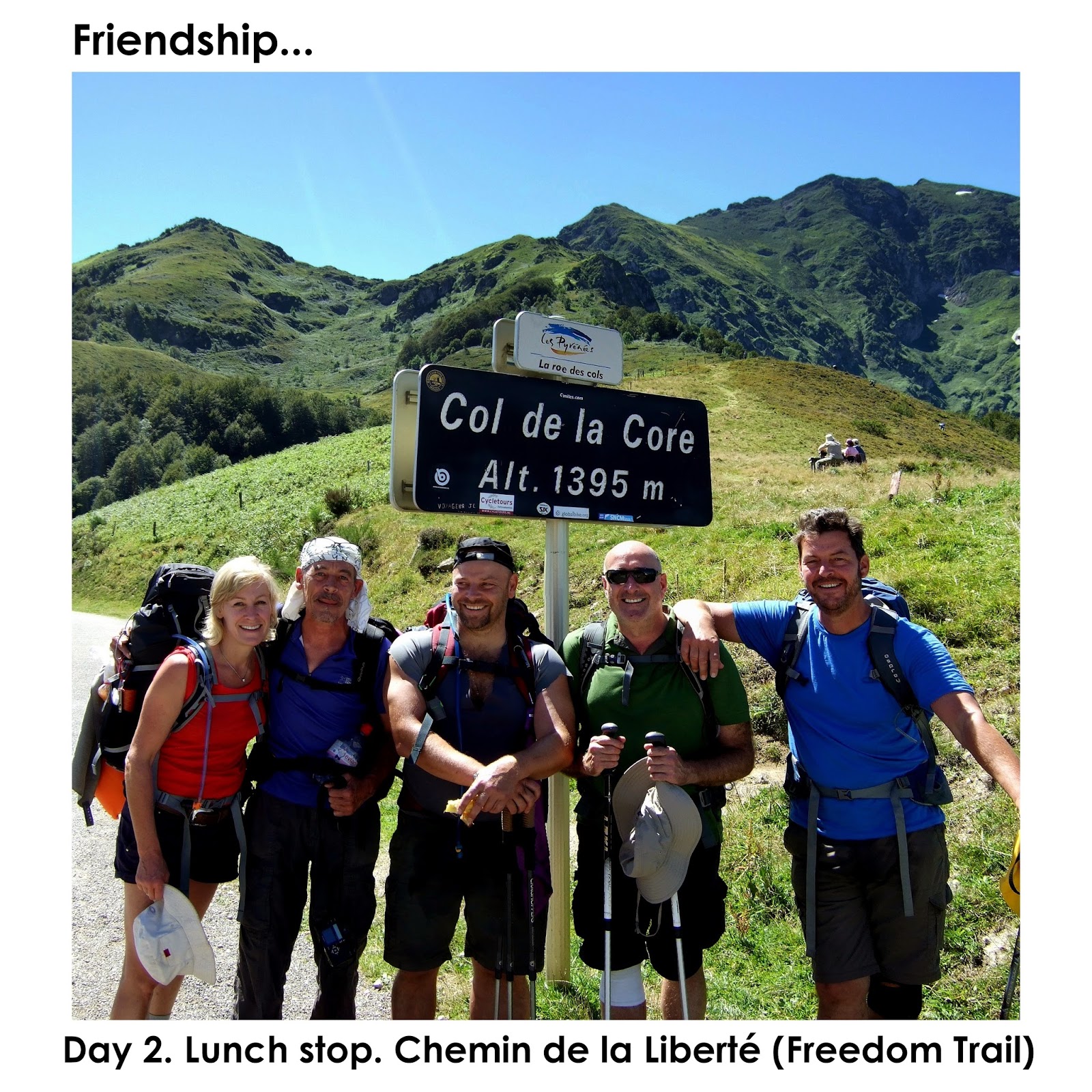 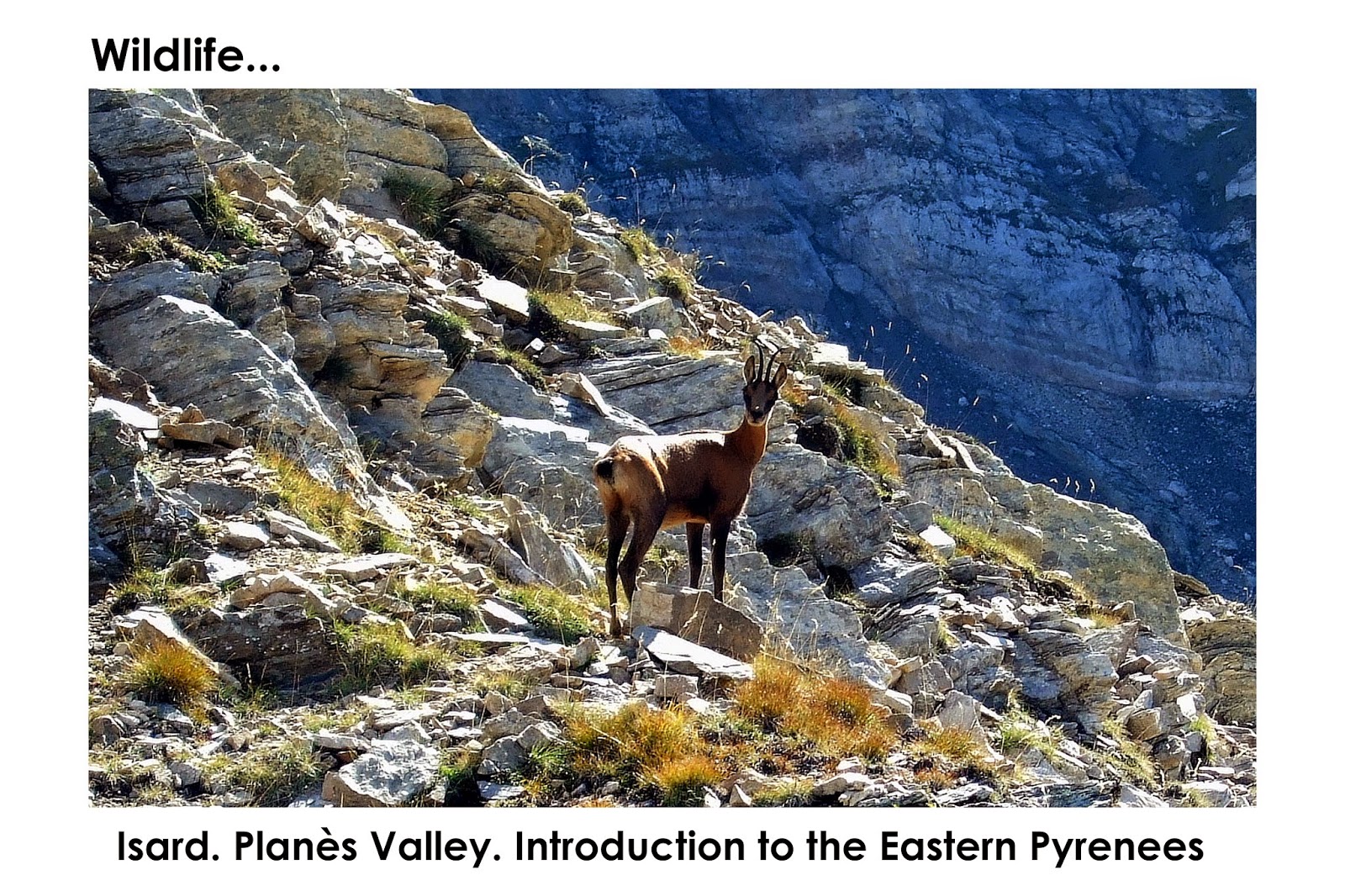 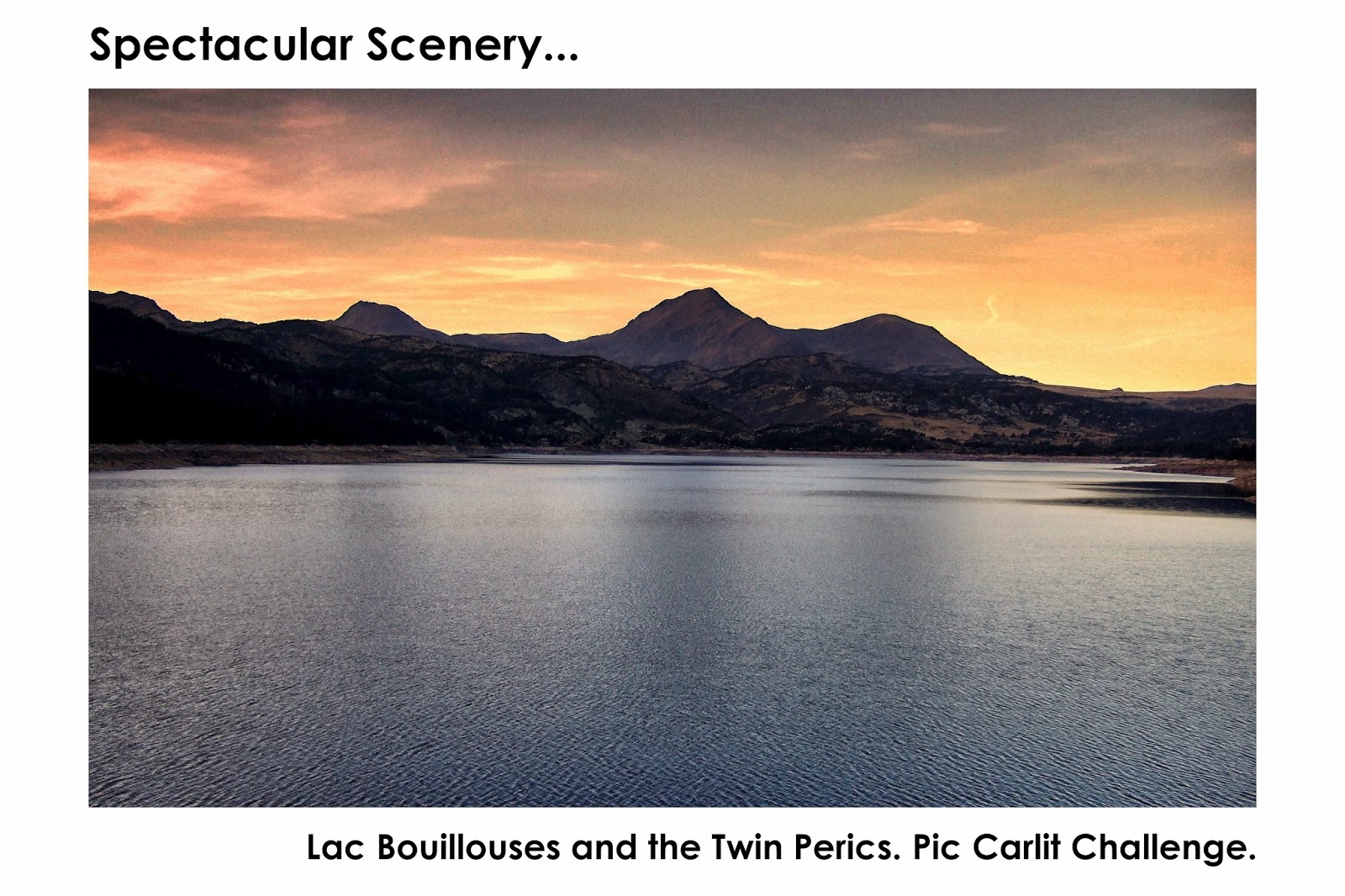 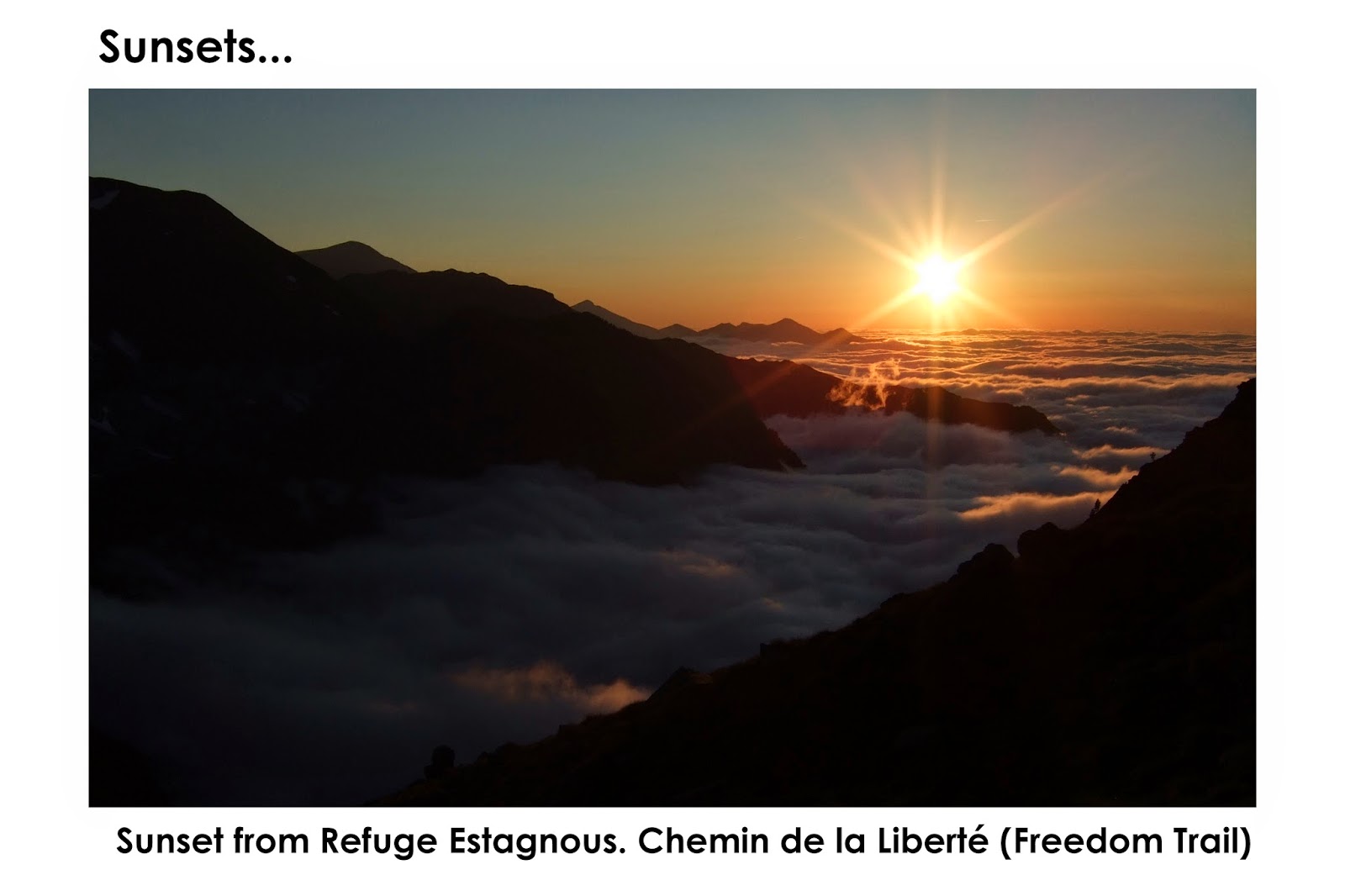 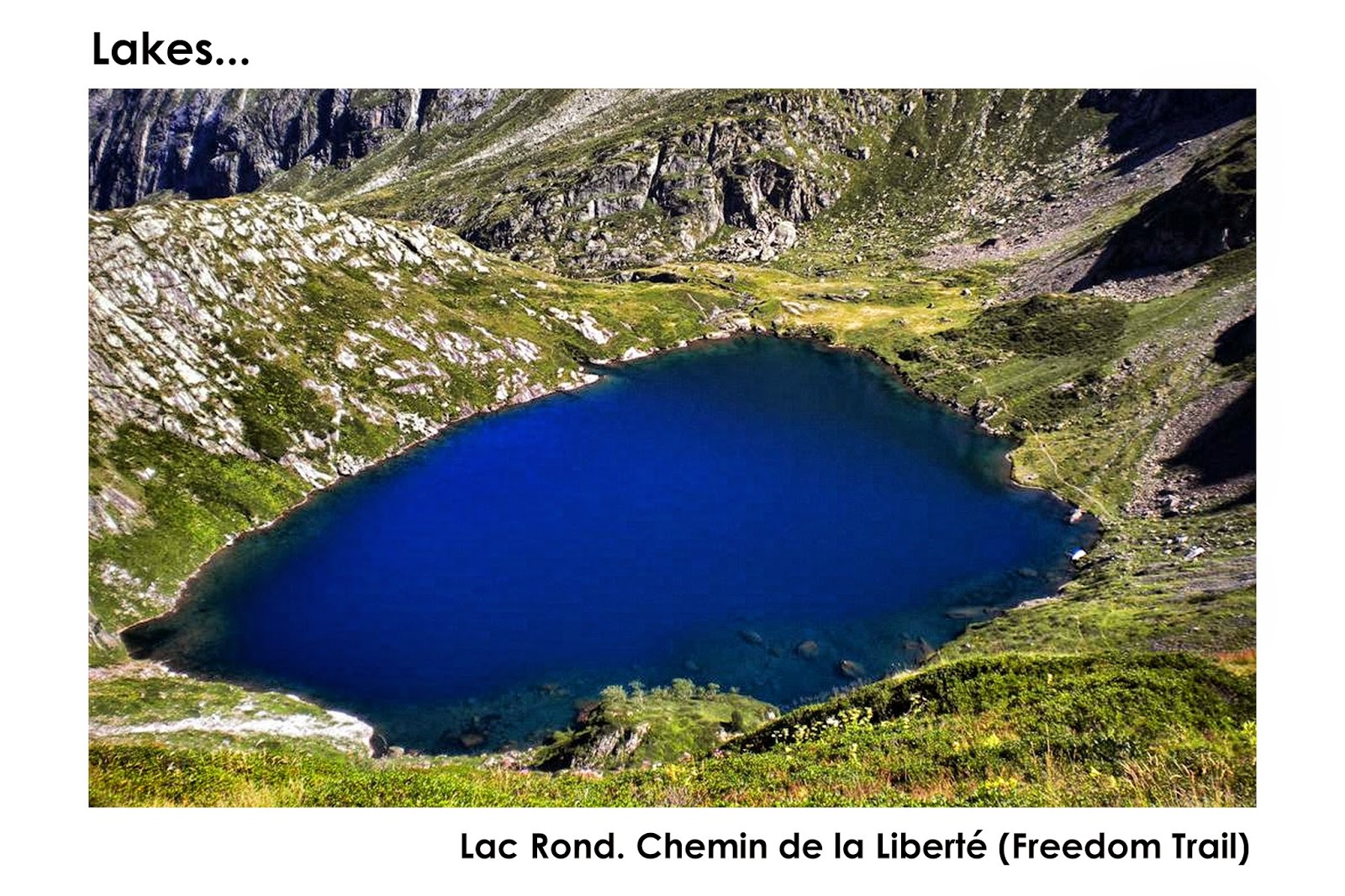 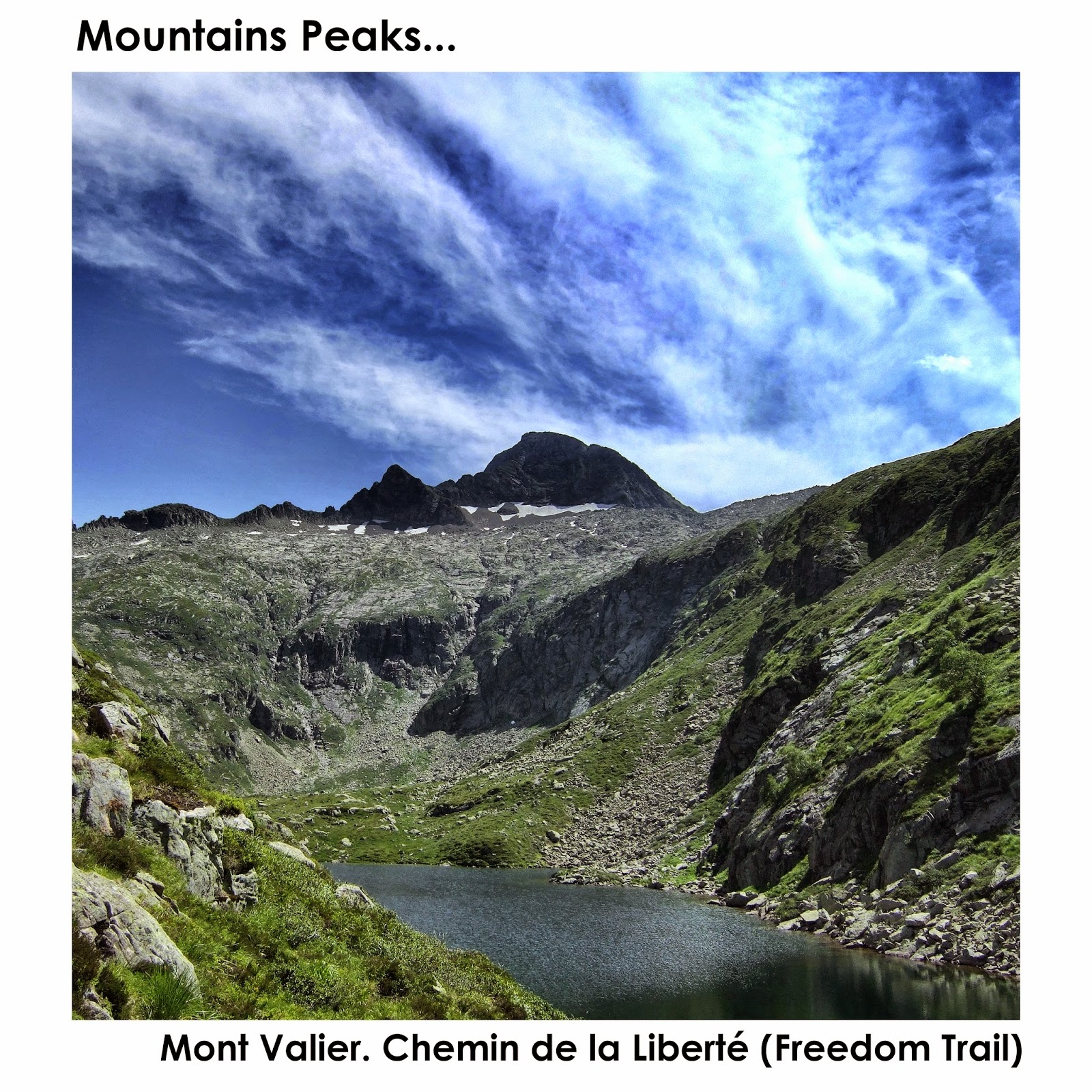 
In his own words:

What a fantastic week!
Having walked mainly in England, I maybe underestimated the 'Challenge' part of the Pic Carlit Challenge. Four days walking and four nights wild camping (my choice). Wow! But it was worth each single drop of sweat and every aching muscle.
Thanks Paul for your magnificent leadership. Your comprehensive knowledge of the area, not only in respect of the navigation but also the flora and fauna, was impressive. It was great that your itinerary was so flexible, even providing opportunities for some extra peak bagging.
Your extraordinary patience, without being patronising, certainly inspired me to achieve more than I thought I was capable of.  It was really easy to get on with you. You were sociable but instinctively knew when I needed space to myself. It was an experience that will remain with me always.
Good luck for future expeditions. 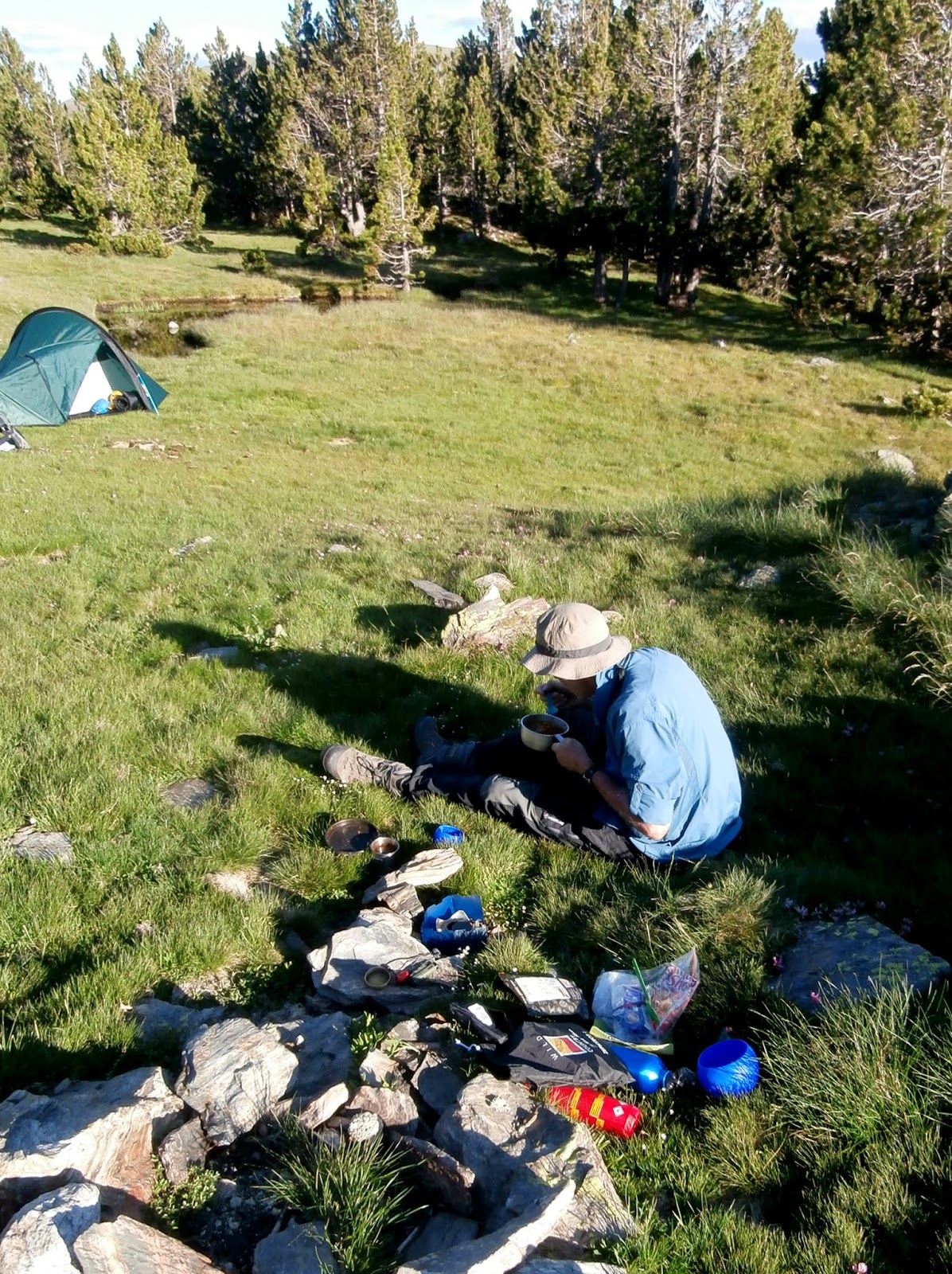 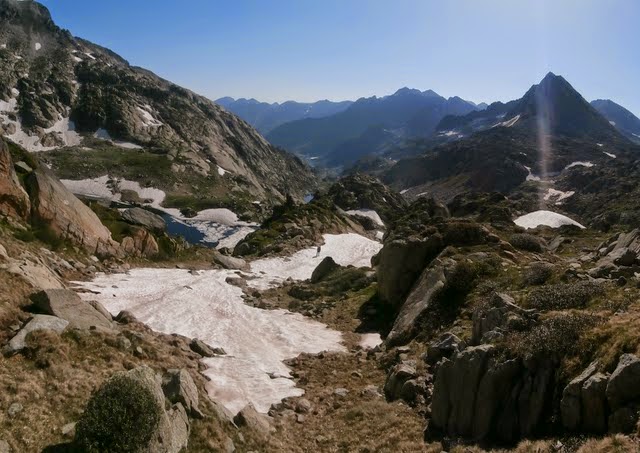 More information about completing the trek with Pyrenees Mountain Adventure can be found here:
http://www.pyreneesmountainadventure.com/#!pyrenees-summer-treks/c15px
Steve chose to complete the 4 day trek with wild camps (carrying all his food, stove and fuel, tent and sleeping bag) but the option exists to stay in mountain huts each night meaning a less heavy rucksack.
Posted by Unknown at 9:57 PM 0 comments


A group of 12 students from Simon Langton Boys School made the journey from Canterbury to the Eastern Pyrenees to complete their 4 day/3 night Gold D of E Expedition with Pyrenees Mountain Adventure.

The trip included a training day before and a rest and relaxation day (visiting the castle in Carcassonne) after the of the expedition. (2 - 8 July  2014)

In the the words of the assessor:


(*Insert name*) and (*his/her*) team successfully completed one of the most arduous Gold expeditions I have assessed. The expedition was centred around the Puig Peric, deep in the French Pyrenees mountains. The team averaged 10 hour mountain days, reaching a height of 2600m on their 3rd day.
(*Insert name*) and (*his/her*) team demonstrated great personal determination, which was enhanced by a fantastic sense of teamwork and camaraderie. Despite very tough conditions, including torrential rain, thunder, lightning, snow patches, high temperatures and extremely difficult terrain at times, (*Insert name*) and (*his/her*) team remained in high spirits, keeping each other motivated through humour, encouragement and obvious great friendship. Small but important lessons were learnt in navigation and campsite selection, but all in all a brilliantly executed Gold expedition, which really embodied the ethos of the award.
A huge note of thanks to the 1st class safety supervision team who made it possible.
Mo! ML 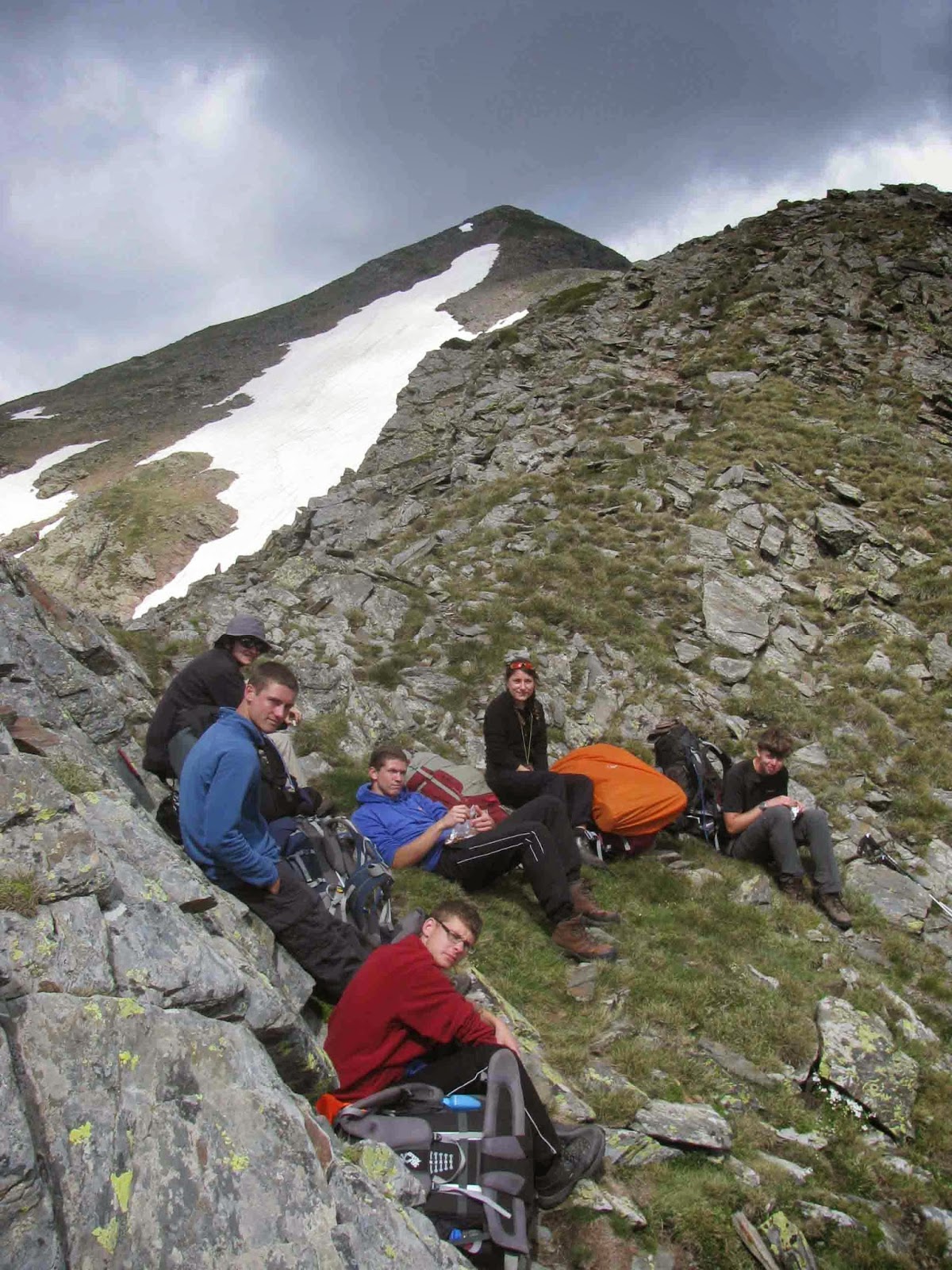 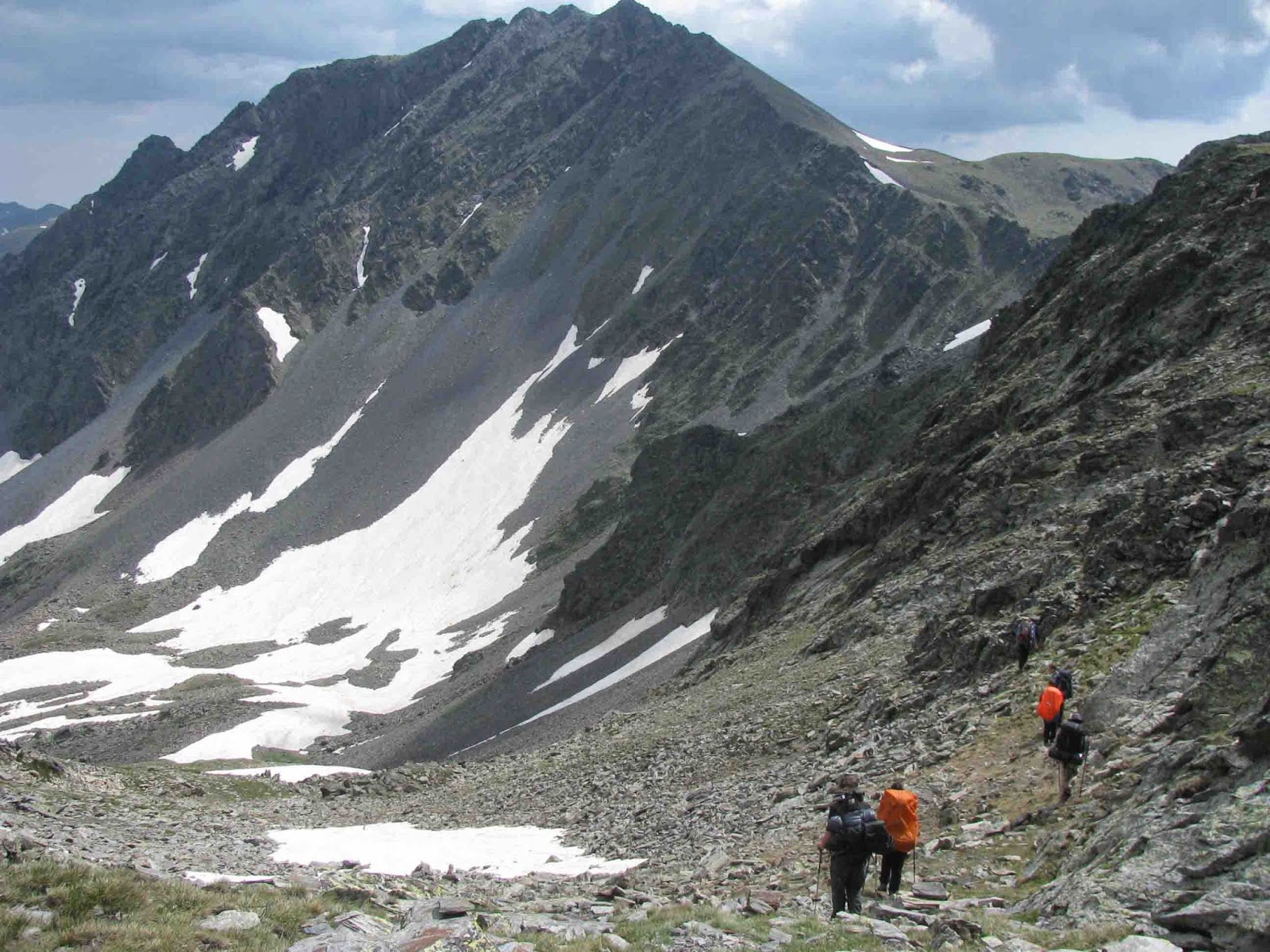 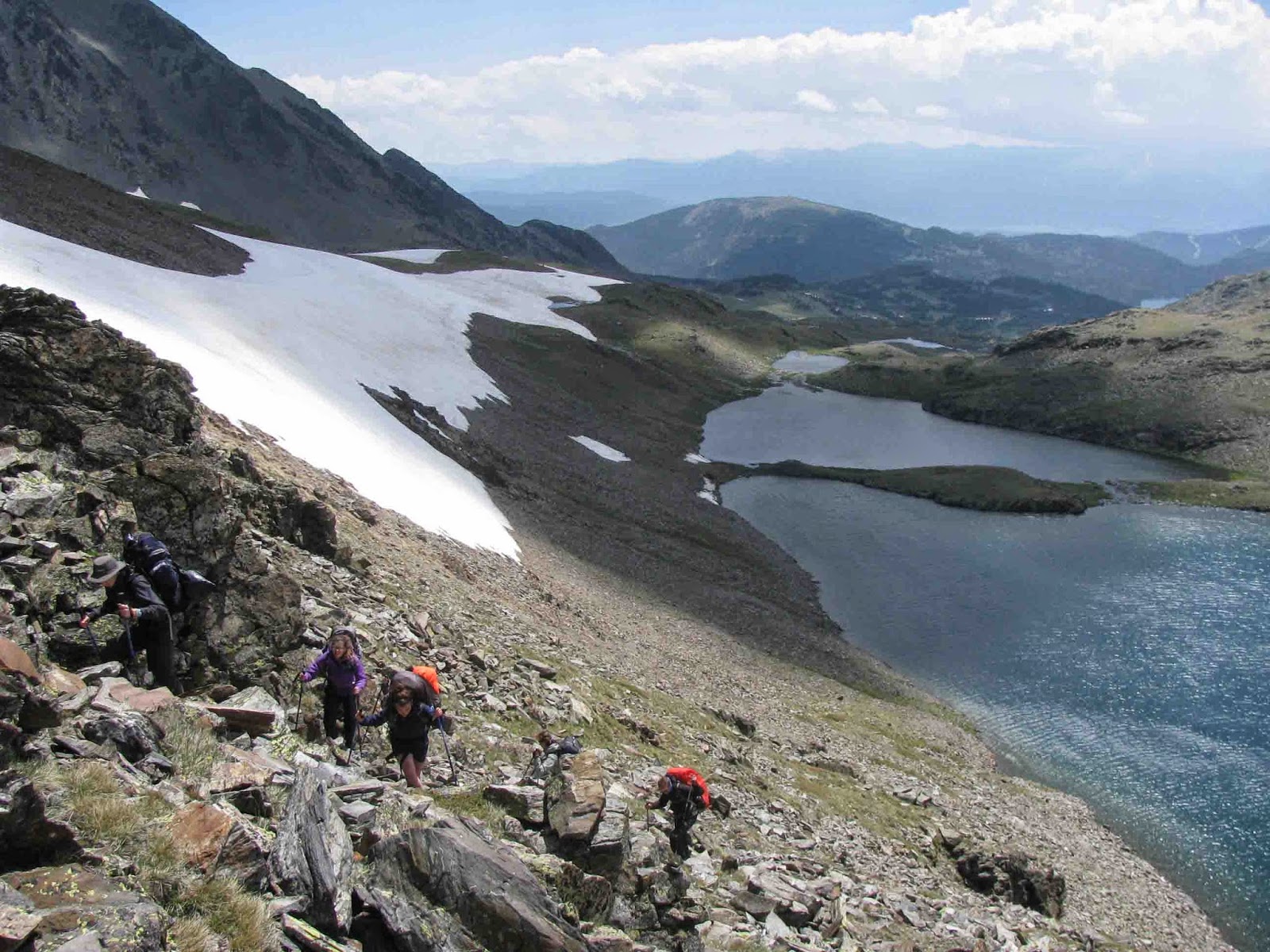 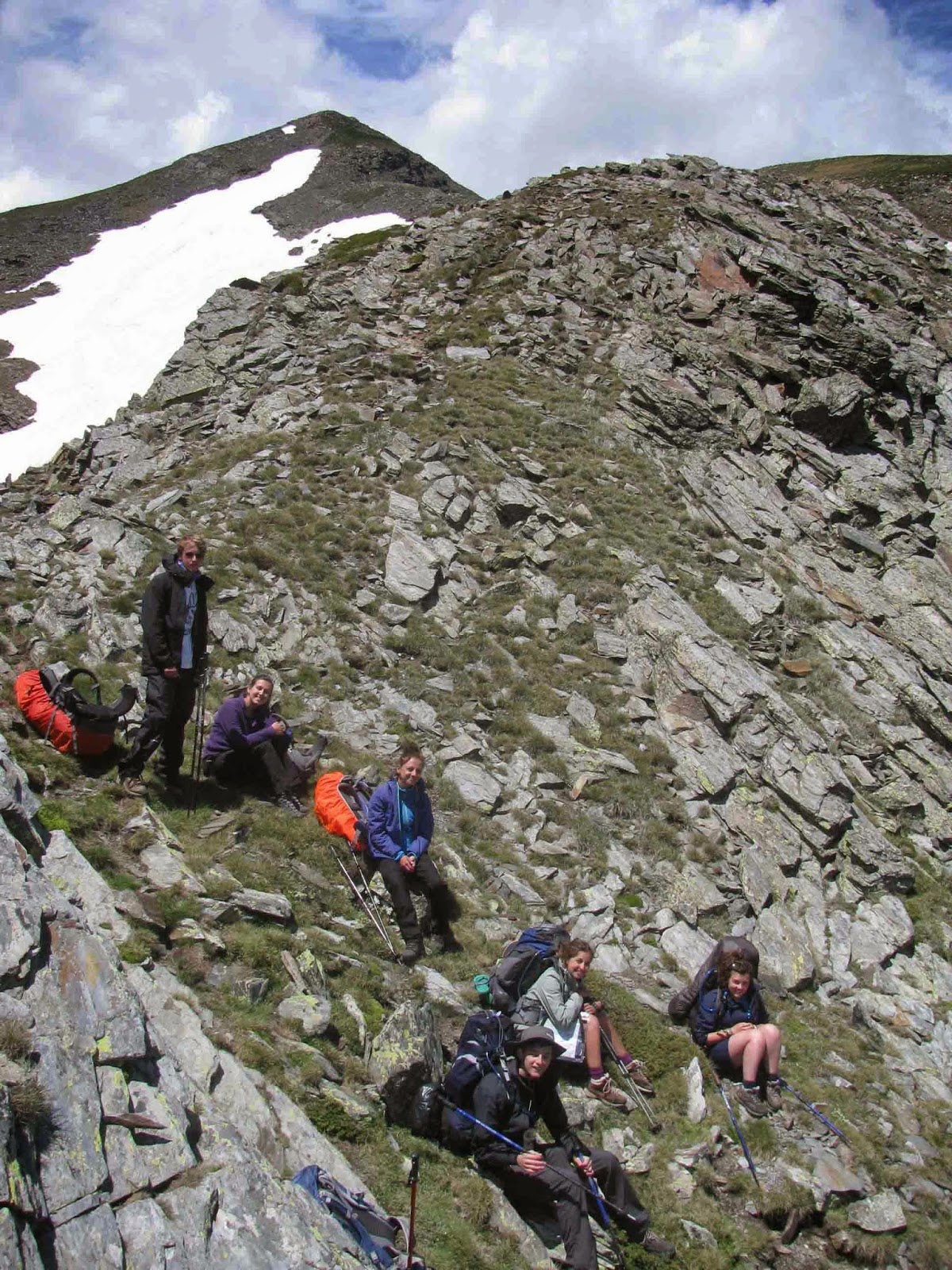 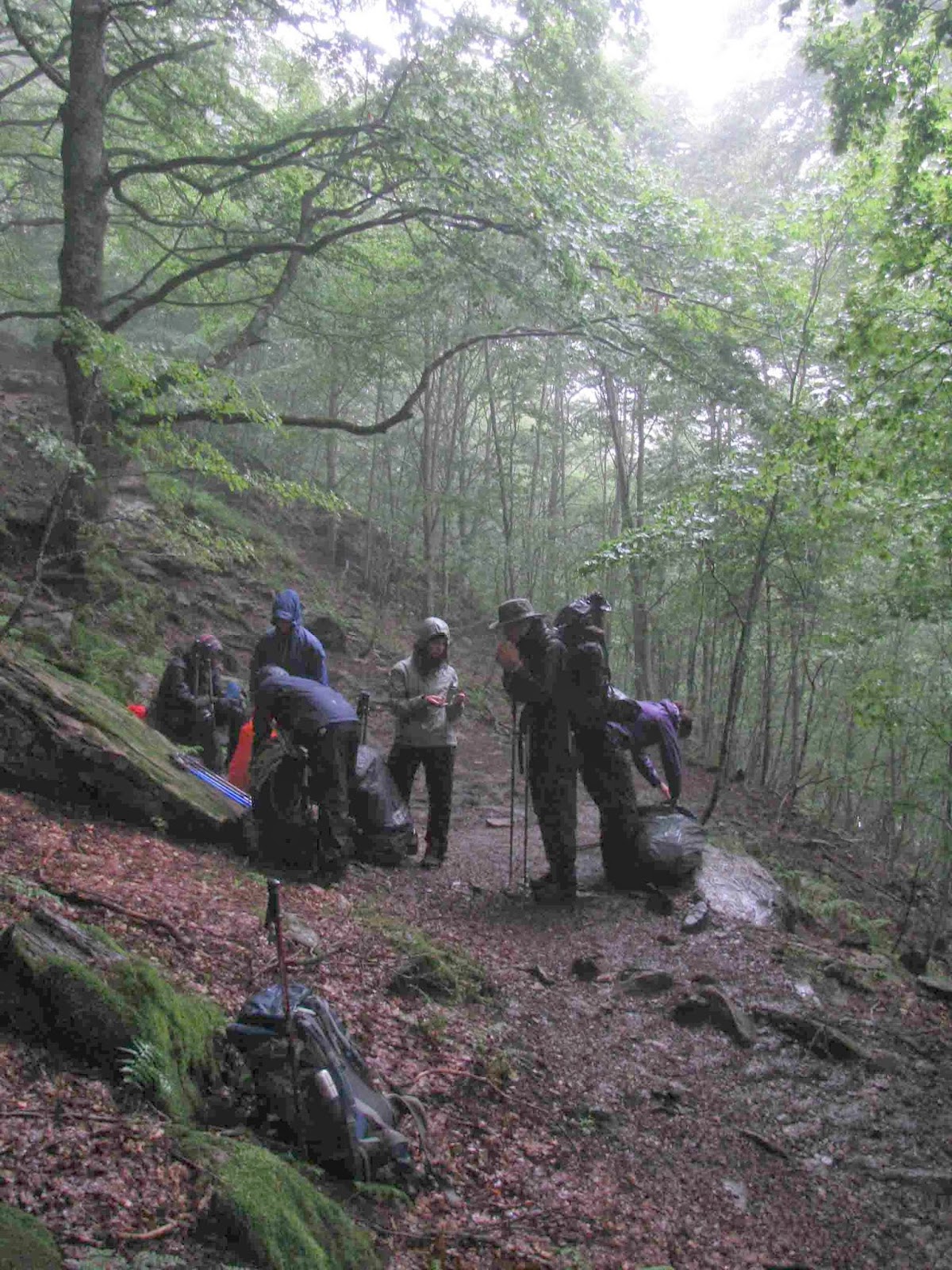 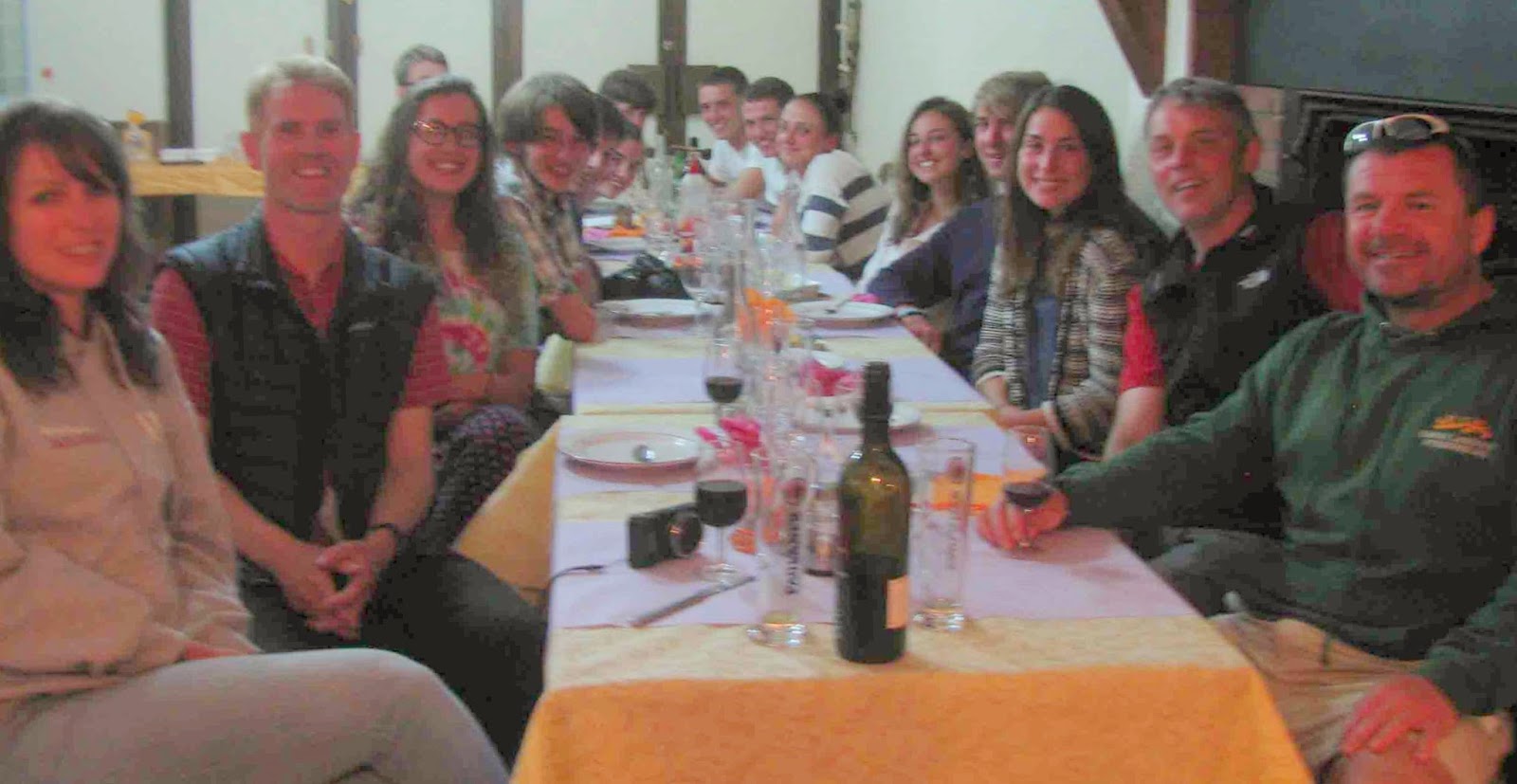 Pyrenees Mountain Adventure offers summer trekking and winter snowshoeing adventures in the Eastern Pyrenees (France and Andorra). We specialise in hut to hut treks along World War II underground escape and evasion lines from France into Spain across the Pyrenees.

This blog will provide regular posts about where I have been in the Pyrenees and what I have been up to. I will also share my thoughts on wilderness, its importance and why it needs to be protected. I will also post about other interests of mine including World War II escape routes over the Pyrenees.